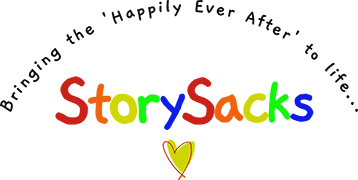 WE ARE DELIGHTED TO FULFIL BESPOKE OR LARGE ORDERS. JUST ASK!

Robin Robin is a stunning picture book adaptation of the animation from Aardman and Netflix, perfect for Christmas and beyond! When an egg rolls out of its nest and into a rubbish dump, the little robin inside is discovered and raised by a loving family of burglar mice. As Robin grows up, her differences become more obvious and she starts to feel out of place in her mouse family. Not quite a bird and not quite a mouse, but full of determination. Robin sets out on an adventure to prove herself and – just maybe – get a sandwich. Robin Robin: The Official Book of the Film is based on the hit Netflix film from Aardman Animations, creators of Wallace & Gromit, Shaun the Sheep and Morph. This heartwarming story features a cast of unforgettable characters including a treasure-hunting magpie (Richard E. Grant) and a thoroughly villainous cat (Gillian Anderson), and is full of excitement, daring escapades, and Christmas adventure. Featuring gorgeous artwork taken from the handcrafted stop-motion animation, and including lyrics to all the original songs, this charming, warm and witty story is perfect for picture book lovers and animation fans of all ages!

Robin Robin is a beautiful and festive musical special, created by Aardman. The stop motion film, a Netflix original features the voices of Gillian Anderson, Richard E. Grant, Adeel Akhtar and Bronte Carmichael. When her egg accidentally rolls into a rubbish dump, Robin is raised by a loving family of burglar mice.

As she grows up, her differences become more apparent. Robin sets off on the heist to end all heists to prove to her family that she can be a really good mouse – and ends up discovering who she really is.

This gorgeous Robin Robin soft toy, based on the character from the film and book, has baby soft Velcro attached to her wings to give lots of playability.

There are no reviews yet.

Be the first to review “Robin Robin StorySack” Cancel reply

FRESH OFFERS IN YOUR INBOX